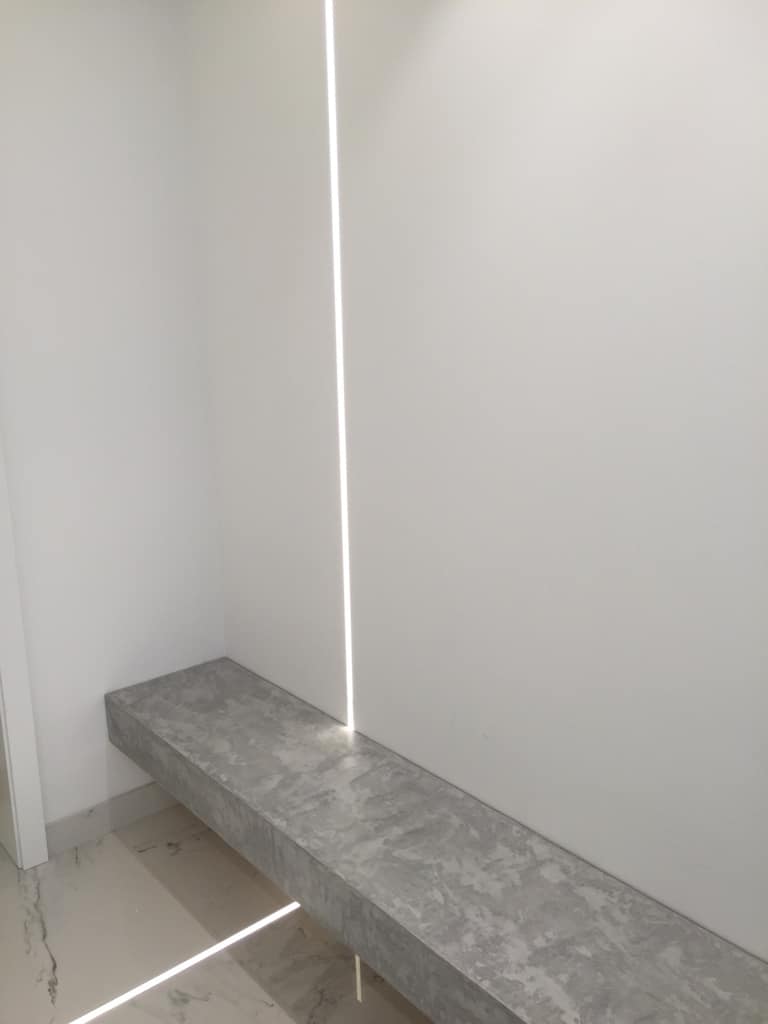 We were recently asked to redesign the waiting area of these notarial offices.

Our initial concept for the interior was to create a light filled, comtemporary space that would contrast with the existing architecture of the offices.

The entrance door to the offices was replaced with a traditional Maltese panelled door in a white gloss finish to immediately put the classical and the contemporary in sharp juxtaposition.   We included a glass door, which would allow light to flood into the space during opening hours.  The handle was custom made and this new logo was used as part of the signage of the firm.

Polished marble effect tiles pay tribute to the classical while a long horizontal bench with a concrete finish draws the eye along the length of the room, emphasising the horizontal line and visually adding height to the rather low ceiling.  The concrete picks us the grey from the marble floor and adds a contemporary, minimalist element to the interior.

The main feature in the room is a slim light running down the walls, along the floor and along the ceiling, wrapping the room in light and adding interest to the space.

Our aim was to create a warm, welcoming space with a cohesive design that exploits and maximises the light and space in the waiting room and sets the right tone for professional notarial offices.